June is LGBTQIA2+ Pride Month in Canada, and many other parts of the world. The modern LGBTQIA2+ rights movement in America got its start during the Stonewall riots in June 1969, where members of the gay community fought back against a police raid of the Stonewall Inn in Manhattan, New York. In Canada, homosexuality was decriminalized in 1969, and in August, 1971 activists gathered in Toronto for Canada’s first gay liberation protest and march. In August 1, 1973 Vancouver had its earliest pride celebrations. In both Canada and America, Pride is celebrated through the month of August. In Vancouver the Pride Parade is typically held in August. The past two years the Vancouver Pride Society has held “decentralized” and online events due to the pandemic. This year, they will finally be hosting the event in-person on July 31, 2022, starting on Robson Street. For more information, check out their website.

AC Library is hosting an LGBTQIA2+ display for the month of June! Come to the Burnaby campus library to read these amazing titles, and check out our list below for more suggestions and other resources: 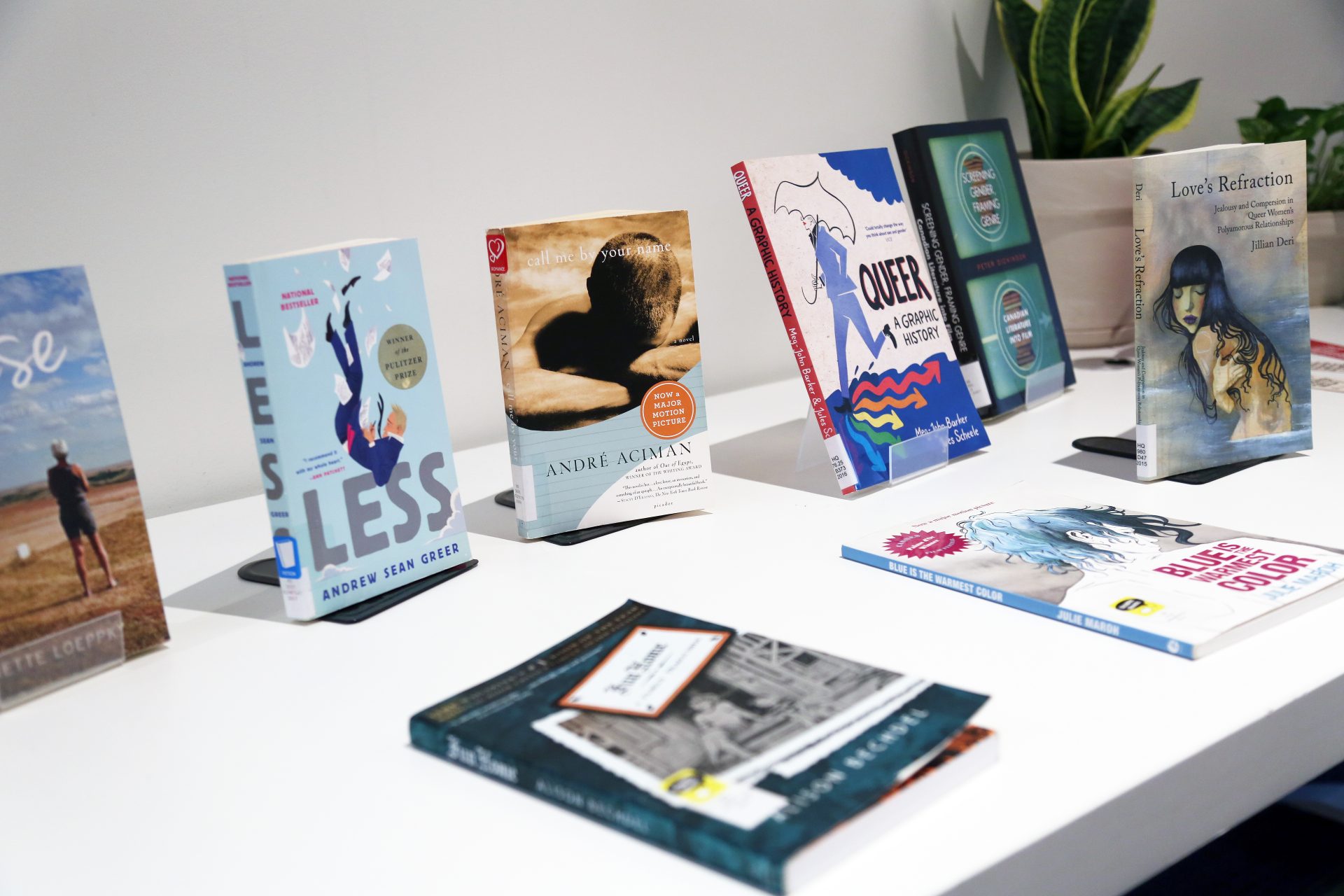 History of Canadian Pride – timeline of important dates and events of LGBTQ history in Canada.

The Arquives – The largest independent LGBTQ archive in the world and one of the only LGBTQ archives in Canada with a national scope.

Qmunity – A non-profit organization based in Vancouver that works to create a sense of community for LGBTQ people and allies.

Kanopy – An AC film database with a number films that touch on LGBTQ topics and stories. Many of the films can be found on the subject list, under “LGBT”.

NFB – An AC film database with a number films that touch on LGBTQ topics and stories. Many of the films can be found by searching for “sexual orientation” or “gender identity”.

Connect with us on Social Media!

Students can use the Alexander College Social Media channels to keep up to date with important AC updates, contests, videos, student events and much more!