Written by Library in Library Blog on August 8, 2022

August 9th is International Day of the World’s Indigenous Peoples, which celebrates Indigenous peoples and commemorates their histories and cultures. It was created by the United Nations General Assembly and marks the day of the first meeting in 1982, of the UN Working Group on Indigenous Populations of the Sub-Commission on the Promotion and Protection of Human Rights. 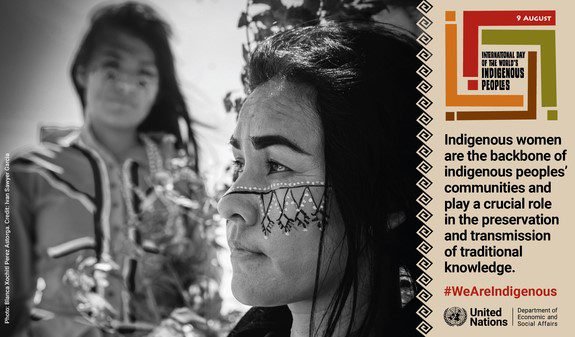 The theme this year is “The Role of Indigenous Women in the Preservation and Transmission of Traditional Knowledge”.

For more information about this year’s theme, check out the United Nations website.

The library has created a research guide if you would like to learn more about the Indigenous peoples of Canada and their history, as well as topics relevant to them in the past and present. This guide includes books, eBooks, videos, and more that you can access from AC Library!

Kanopy – An AC film database with a number films on Indigenous peoples. Many of the films can be found on the subject list, under “Indigenous Studies”.

Native Land – A digital map of Indigenous territories all over the world.

Endangered Languages – An online resource for samples and research on endangered languages.

Connect with us on Social Media!

Students can use the Alexander College Social Media channels to keep up to date with important AC updates, contests, videos, student events and much more!